When misunderstandings lead to fake news 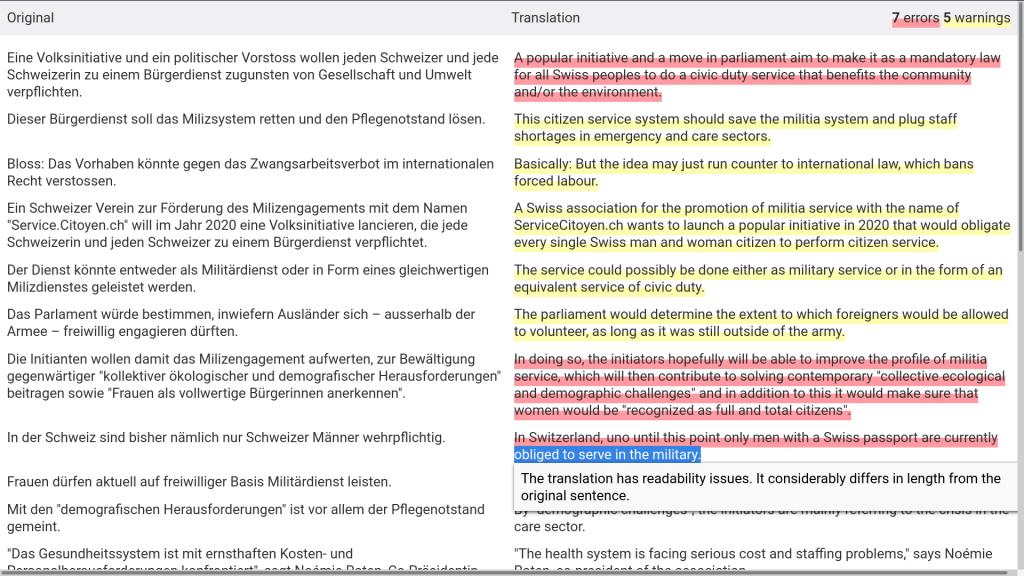 This content is a preview from an external site.

This project was created during the Swissinfo (SWI) Multilingual Hackathon in Bern, Switzerland. The theme of the hackathon was to empower linguistic diversity in newsrooms. The hackathon was held during the International Mother Language Day (Feb. 21-22, 2020).

Key question: How to highlight translation mistakes and offer suggestions for improvement?

A list of sentences with a "good" and a "bad" translations was collected. Based on that dataset multiple checks where implemented. The result of these checks is visualized in an interface. The interface allows the autors to quickly identify potentially flawed translations and fix them.